Why You Never Eat The Egg Shell?

Think about it. You never eat the egg shell. Not throughout history. Not in any culture. In fact, even animals that consume the egg do not eat the shell.

After all, there is more calcium in the egg shell than there is in the egg yolk and white. Makes you wonder doesn’t it?

An important study in the American Journal of Clinical Nutrition in May 2007 strongly suggests that calcium from food sources (called “food state” calcium) like the egg yolk may be far more effective than calcium from egg shell.

The study concluded that women who get most of their daily calcium from food sources have healthier bones and greater bone density, even though those who took more supplements tended to have higher average levels of calcium. 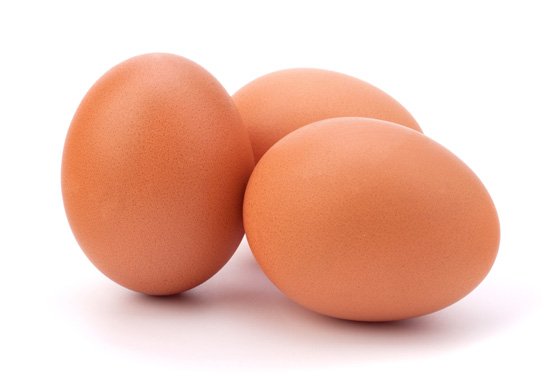 Researchers asked 183 postmenopausal women to document their diet over the course of a week. After this, their bone mineral density and estrogen were tested. Women who got at least 70 percent of their daily calcium from “food state” sources instead of calcium supplements took in the least calcium (830 milligrams per day, on average), but higher spine and hip bone density than women consuming 1,030 milligrams of calcium per day primarily from supplement sources. Women who got calcium in relatively even amounts from both food and supplemental sources had both the highest bone mineral density and the highest calcium intake (1,620 milligrams per day).

Calcium from dietary sources is usually more completely absorbed than calcium from supplements, which could explain the difference. Women who got getting calcium from foods also had higher estrogen levels; estrogen is needed to maintain bone mineral density. Those who got calcium from food sources might have also taken in more vitamin D as “food state” calcium always comes “locked” with this vitamin. Vitamin D would aid in calcium absorption.

As often happens when it comes to food, quality is more important than quantity. Even though the women taking supplements had higher average levels of calcium, the women who got their calcium from food had stronger bones. The simple fact that grandma knew but now proven by science is this: calcium from food is simply better absorbed and used by your body than synthetic calcium from a pill.

Intuitively, we know “food state” calcium is better than “non living” calcium. That is why we never eat the egg shell. The best source of calcium out there is that from milk and other dairy products. After all, milk built my bones. When from your mother, a cow or goat, it was milk that built your bones too.

However, as we grow older milk often becomes problematic due to:

Lactose is a sugar that is found most notably in milk. It makes milk “sweet” to the tongue. Lactose makes up around 2~8% of milk by weight although the amount varies among species and individuals. The name comes from lacte, the Latin word for milk, plus the -ose ending used to name sugars.

As babies, we were very adept at digesting it as we produce plentiful amounts of lactase – any enzyme that makes digestion of lactose to simpler sugars like glucose and galactose possible.

However, as we age, our production of lactase drops to almost zero make digestion of lactose difficult up to point that many of become lactose intolerant.

Milk allergy is a food allergy, an adverse immune reaction to one or more of the proteins in cow milk or the milk of other animals—proteins that are normally harmless to the non-allergic individual. In the worse case scenario, milk allergy can cause anaphylaxis, a potentially life-threatening condition. Milk allergy is a separate and distinct condition from lactose intolerance.

The principal symptoms are gastrointestinal, dermatological and respiratory. These can translate to: skin rash, hives, vomiting, and gastric distress such as diarrhea, constipation, stomach pain or flatulence.

Milk is rich in fats including saturated fat which also includes saturated fats which is what butter is. So many people now take skimmed milk as a way of avoiding this fat.

Dutch scientists have been able to extract milk minerals by ultra filtering all the other parts of milk – fats, sugars and proteins. What is left over is milk minerals – possibly the best part of milk - as far as bone building is concerned. Milk minerals have the ratio of calcium, magnesium and phosphorus in ratios almost identical to that of living bone. Indeed, all calcium found in living systems – bones, flesh, milk, plants and eggs is in this similar ratio. Milk minerals are also rich in trace amounts of boron and other rare minerals vital to bone formation and growth. Milk minerals have trace levels of natural vitamin D and K that we now know are vital in the bone formation process.

Look at the chart that compares the mineral contents of bones to that what is found in milk. You will be amazed at how identical they are in terms of percentage content and ratios. That is why milk is sometimes called “liquid bone” in nutritional circles. A major Swiss study by J.P Bonjour that was published in the Journal of Clinical Investigation Volume 99, Number 6, March 1997, 1287–1294 showed that supplementation with milk minerals enriched foods enhanced bone mass and growth in pre-pubertal girls by an average of 38%. Most calcium supplements are just “non living” minerals like calcium carbonate which is the chemical name for chalk. The balance of magnesium and phosphorus is missing. There are very rare minerals like boron are missing too. Of course, supplements with various calcium salts are normally enriched vitamin D to enhance absorption.

Synthetic calcium are easy and cheap to make as calcium is the fifth most abundant mineral in the earth’s crust normally found as calcium carbonate (limestone), oxide, chloride and hydroxide. Milk minerals have become available in Malaysian pharmacies as an easy to take tablet. Ask your pharmacist for “food state” calcium from the best known source of calcium – the one that built our bones – milk.