Milk does a body good?

The billboard says, "Milk Does a Body Good!" For years, the National Dairy Council and your mother told you that milk is good for you and helps make you big and strong. Milk appears to be the answer to a people's prayers. The current intake of calcium in Malaysian diet is between 300 - 400mg daily. This is the way below the recommended daily intake of 1000 - 1500mg.

The main goal of good calcium nutrition is maintain as adequate supply so that our bodies do not have to dip into our only calcium reservoir - our bones. Two cups of nonfat milk give you a big jolt of protein, over 170 calories, almost 80% of your daily calcium needs, and hearty quantities of vitamins.

Milk has been regarded as the finest source of calcium. However, there are two big problem with milk - lactose and casein. These are why milk is a nightmare that causes stomach cramps, bloating, gas and diarrhea.

Lactose intolerance is caused by lack of a digestive protein called lactase, which is critical for the breakdown of milk sugar (lactose) because by the time we are five, we lost most of the ability to digest lactose. By the time we become an adult, we usually don't have the same capacity to digest milk that we did as a child.

If you don't have enough lactase and thus the lactose is not digested properly, the undigested milk sugar moves into the large intestine, where it is consumed by bacteria that live in your digestive tract. There, the lactose can cause your gastrointestinal tract a lot of problems. It can pull water from the bloodstream into the gut and cause diarrhea. As the bacteria digest the lactose, they produce acids and gas that can cause bloating, cramping and flatulence.

People with this condition have difficulty digesting milk products -- a couple of glasses of milk wreak havoc on their digestive systems. To people with lactose intolerance, all the nutrients in the world won't make up for the price they pay for drinking too much milk. While most are aware of the impressive nutritional content of milk, many are scared away by its potential for digestive-system distress.

Casein is a milk protein, which changes its structure when heated. This makes it harder to digest, leading to the poor absorption of milk calcium and other bone building minerals.

One more problem with milk is fat. Our traditional whole milk is fattening. Even so-called low-fat milk has considerable fat in terms of percentages of calories.

Milk by-products and derivatives are better handled and absorbed than whole milk. They are also rich calcium sources for those who cannot cope with drinking milk. 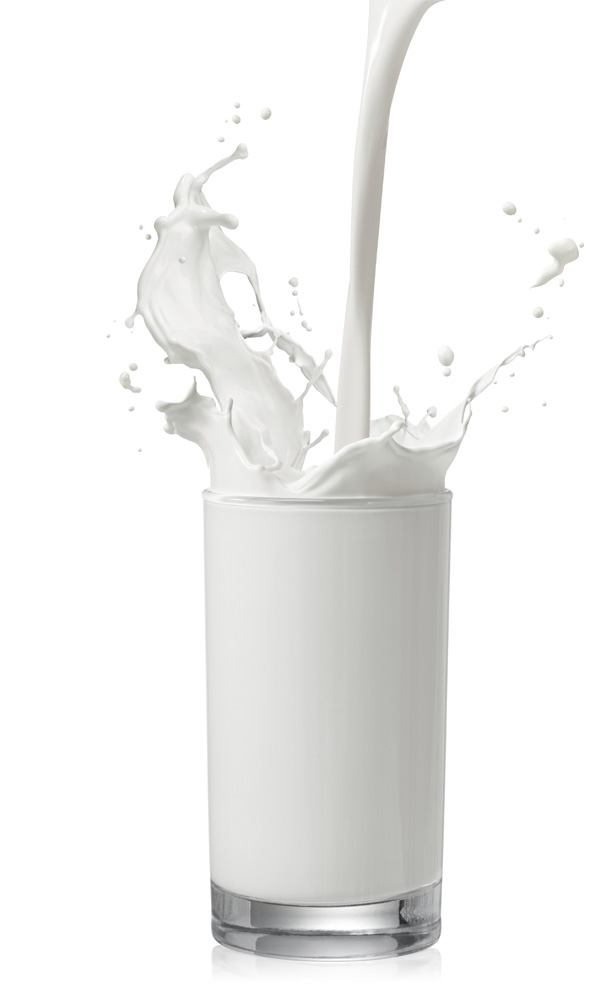